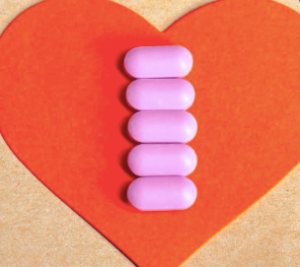 A new paper out this week led by my colleague, Dr. Teo Postolache raises the intriguing question as to whether patients prescribed statins have lower rates of psychiatric based hospital admissions as compared to non-statin users.  The rationale for this study was based on prior work suggesting that statins not only slow cognitive decline and reduce the risk dementia but also decrease hospitalization rates as much as 25% in men and women with a history of major depression.  Additional support for statin use includes inherent beneficial effects on oxidative stress, neuroinflammation and immune function, all of which that are commonly aggravated in psychiatric illnesses.

In the current study of ~680,000 Veterans with a history of schizophrenia or bipolar disorder studied, statin use was associated with a 15-30% lower likelihood of psychiatrically based hospitalization and emergency room visits.  While this study cannot prove cause-effect (that is, statin use being directly implicated in lowering hospitalization rates) it does support further investigation testing various statins -including those that dissolve in fat (lipophilic) or do not (hydrophilic) – and monitoring hospitalization rates between randomization of assigned statin and the prespecified follow-up period.

Listed below are additional considerations related to psychiatric illness and cardiovascular disease.

Dr. Michael Miller is Professor of Cardiovascular Medicine at the University of Maryland School of Medicine in Baltimore, Maryland.  Check him out on twitter: @mmillermd1